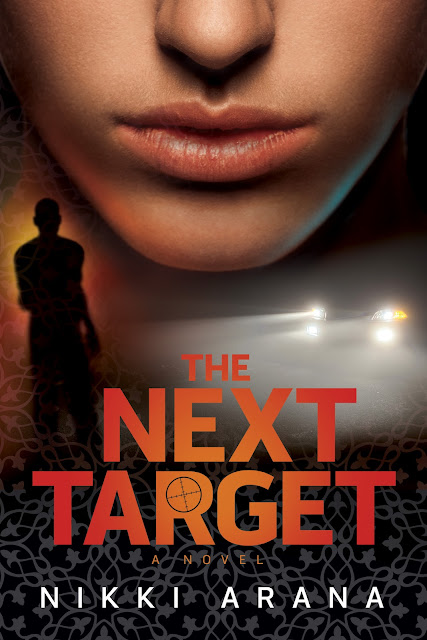 The Next Target by Nikki Arana

Synopsis (From Goodreads): It only took one bullet. Austia's friend and student fell dead. And with a glimpse of a newspaper headline, the young and recently widowed Austia knows more about what happened than the police. From that fatal night, Austia’s secret outreach to the U.S. Muslim community—in the guise of English language classes—becomes a target. Local Muslim extremists set their sights on ending her ministry and even her life. And the women she ministers to will be next.A thick web of deceit closes in around Austia, and her circle of friends becomes smaller by the day, even as she finally opens herself to the idea of falling in love again. But who can she trust? Facing a spiritual battle that proves more treacherous than it at first seemed, Austia’s convictions are tested to their limits and her heart becomes primed for breaking. She must ask herself: how much she will risk to stay true to her herself, her faith, and to the lives of the women she serves?

To Purchase
Books - a- Million
Barnes and Noble
Amazon

To get in touch with the Author
Nikki Arana
Facebook
Twitter
David C. Cook
Posted by Starr K at 10:09 PM

Starr K
I am an avid reader and an aspiring author. When I was in school I remember always having a book and a notebook with me at all times. My teachers eventually gave in and let me finish assignments quickly and let me read throughout class. I can't remember a time not wanting to be a writer and not wanting to read.