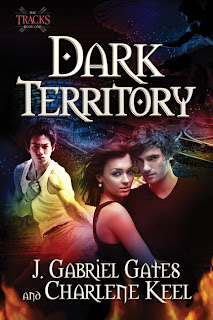 Briefly in my own words: This story is about a town that is divided by a set of unused train tracks. A community that determines your worth based on the gang that you belong to: the Toppers or the Flatliners. The gang you belong to depends on whether you were born on the “right” side of the tracks or the “wrong” side. Two leaders who used to be close friends are now separated because of their status in life. A love that is forbidden because it ignores the divide created by the tracks. A gang war determined to decide the fate of the youth in this town. An underlying supernatural world that threatens to destroy Middleburg. The mystery revolves around the dark territory, the part of the railroad tracks that is without signals.
Wow! I can’t say that I’m exactly speechless over this book, but the words are not coming quickly to me.  It’s been over a week since I finished this book and I can still see the action that permeated the pages, the forbidden love that was blooming amongst two of the characters and the supernatural turmoil that lay no-longer-dormant under the city of Middleburgh. This book is 504 pages and there was not a page that bored me or made me want to put this book down.  Action begins immediately when the new guy, Ignacio, gets into a fight on the first day of school.  He immediately walks into a dividing battle without even meaning to.  Action settles the story, bringing it to a satisfying end resolving the unspoken issues and alluding to more. Nothing is ever what it seems in this story, but you are never bored with where it’s going.
What can I say about the characters? I wish there was one that stood out to me and called to me. But there wasn’t, not because something was lacking. In fact it was the opposite, which is a rare find in books. But the story of each character seemed to be complete that I could completely envision them. The story was, successfully, written from different perspectives that added a whole new dimension to the story. They all have such depth and pull to them that, honestly, I am not sure if it is possible to have a favorite.  There we quite a few that I didn’t think I would like, but by the end of the book I found myself thinking “oh well. . .she’s alright after all”.  The bad guys were awesomely creepy and the good guys were astoundingly flawed. That combination makes the story that much more realistic.  The story itself?  Wow! It’s not just a story about the battle of good and evil. Or just a story about a lost friendship that holds the key to uniting the town. It’s not even just a story about a forbidden love, a girl trying to find herself or a boy turning into a man. It was all of these things and so very much more.  It’s gripping, and real. I could feel the emotions when I needed to, and I definitely got lost in the story.
What would you have to do if you had to go on a supernatural quest to rescue the life of someone you loved? If you had the power to defeat a deeply hidden evil that you knew nothing about? I could seriously go on and on about this book for a long time and there are still things that I am sure I would have missed.  There were a whole lot of things going on, but nothing felt like it was just a filler to add pages or to hold time until something happened. It seemed like everything mattered in some way, but it was done in such a way that it wasn’t overwhelming to the reader.  Yes, I still had some questions at the end of the story. But, there has to be something hanging to continue the series. And, yes, I definitely want this series to continue! And If you’re still debating if you really want to read this 504 page book, I say don’t be intimidated by the size of the book. It is an awesome story, and you will reach the end quicker than you expect and you will definitely finish wanting more. 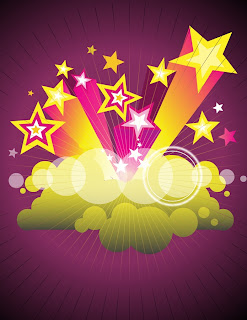 Recommendation: Though this is definitely an awesome book for young adults, I think adults would enjoy this as well.

This book was given to me, free, from the publisher in exchange for my honest review.

Starr K
I am an avid reader and an aspiring author. When I was in school I remember always having a book and a notebook with me at all times. My teachers eventually gave in and let me finish assignments quickly and let me read throughout class. I can't remember a time not wanting to be a writer and not wanting to read.